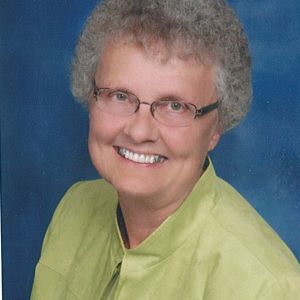 A native of Dunlap, Iowa, Sr. Jude Fitzpatrick was born in 1942, entered the Congregation of the Humility of Mary in 1959 and made her first vows in 1962.

Sr. Jude’s ministry in education included teaching at Lourdes Memorial School in Bettendorf, Iowa, St. Joseph in Neola, Iowa and St. Vincent in Davenport Iowa. She was principal from 1970-1981 at St. Theresa in Des Moines, Iowa. Sr. Jude worked for the Des Moines Diocese as assistant superintendent and coordinator of education funding from 1981-1984 and superintendent of schools from 1984-1996. From 1996-2004 Sr. Jude acted as president of the Congregation of the Humility of Mary based in Davenport. She  returned to Des Moines in 2005 and served as the director of administration and building management at the Diocese of Des Moines. She also served as the diocesan chancellor. Sr. Jude currently serves as director of administrative and special services for the Diocese.