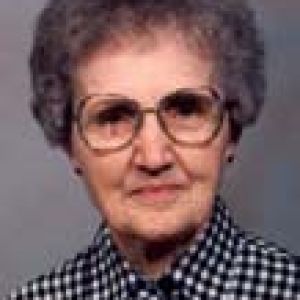 S. Miriam Rita entered the Congregation of the Humility of Mary July 2, 1933 and made her final profession of vows June 10, 1936.

Sister is survived by many nieces and nephews. Her sisters, Helen L. Lencioni, Mary Catherine Lesh and Agnes Pahland and brothers Joseph A. Goga and John C. Goga preceded her in death.