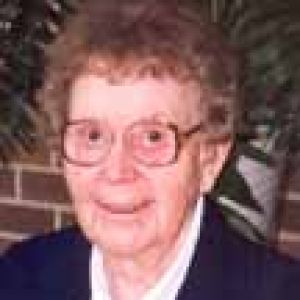 I attended an anniversary celebration for Father Egert when he delivered his own sermon, giving as a reason that he would like to tell his own lies. I share his sentiments; hence the following

My father was a great person - George J. Wilmes – and even though I thought I loved him, I grew surer of that love as I cared for him in the last month of his 85th year. A father’s love can be such a great symbol of our Heavenly Father’s love – how well I know! My mother-Florance Keppner Wilmes-died when I was two years old. I claim the loss of a mother's love is a severe deprivation, and maybe that’s why I became so dependent on Blessed Mother for all my needs.

I love life; I love people; I love a good joke; thank God, I have a sense of humor. I was a good teacher; I was a hard worker; I had good organizational ability; I had success in what I strived for, but I want it to be known that I claim no part in the success of the above except that God chose me as the weak instrument he worked in and through. I can truthfully say with St. Paul, power is at its best in weakness.

Let there be no long faces at my funeral – let there be laughter, joy, exhilaration. The goal for which I was put into this world has been accomplished – to be one with Christ – it’s my wedding day! And because this is the end of my eulogy, let there be one round of applause for the One who was responsible for this in the beginning. Praise to the Lord, now and forever. Amen.