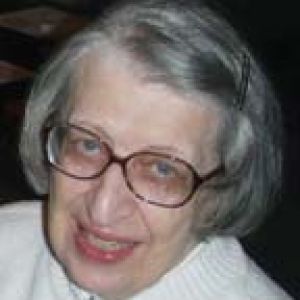 Tonight we welcome family, friends, CHM sisters and associates to celebrate the life of Sister Mary Lou Durbala. For sixty-four years she lived religious life according to the Constitutions of the Humility of Mary. A verse from St. Paul’s second letter to Timothy often used by our sisters seems fitting to describe the life and ministry of Sister Mary Lou, `I am reminding you now to fan into a flame the gift that God gave you.` The flame is an important symbol in the CHM community and appears on all of our publications. Sister herself wrote on one occasion, `I came to follow Christ,` and follow she did.

After graduating from Albia High School, Albia, Iowa, in 1947, Mary Lou entered the Congregation of the Humility of Mary in Ottumwa, Iowa, on September 8, 1947. In July of 1948 she received the habit and her name in religion, Sister Mary Phillip, the name of one of her brothers. There were nine sisters who made vows together in 1950, and today Sister Donna Schmitt is the only survivor of the novitiate class. The others have either chosen a different path for their life journey or are deceased. During her novitiate years, Sister completed classes to earn an AA degree in elementary education. One of her classmates remarked that Mary Lou was shocked to learn that `C` was an honorable grade and that teachers actually gave them. She also earned a BA in elementary education at Marycrest-St. Ambrose College in Davenport, Iowa, and did some post graduate work at Western Illinois University and the University of Minnesota.

In 1980 sister retired and lived in Des Moines. In 2010, due to the need for more care, she moved to the Bishop Drumm complex. During her retirement years while living in an apartment in Des Moines, sister tutored the two small grandsons of her landlord. It was a win/win situation; the children were able to catch up in school classes, Grandma could quit worrying, and Sister Mary Lou was making a contribution. During these years Sister always like to go out to eat and did so frequently with her landlord who was very good to Sister. We can see that Sister Mary Lou through her many years of teaching fanned the Humility flame in many diverse places. Now her part of that flame becomes part of the Eternal flame which we all hope someday to enjoy.