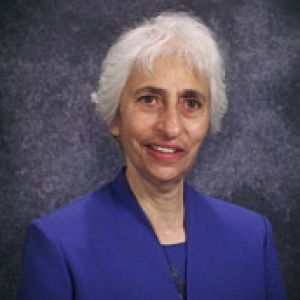 Welcome to Humility of Mary Center and to our prayer service honoring the life of Sister Mary Rocca. Mary was a woman of many gifts that were shared with many people. She was a teacher in the elementary grades, nurse, English language teacher to people from other countries, playful clown for children and adults, sister to eight siblings, and “sister” to her CHM sisters and associates. I visualize her with an eager, smiling face, with big brown eyes, just begging to help me with something.

On September 26, 1935, Mary Catherine Rocca was born to Peter and Mary Pusateri Rocca in Iowa City. She reached the golden age of 80 just a month ago. Grandparents on both sides were immigrants from Italy. Mary’s maternal grandfather had a fruit market where Pete Rocca bought the newspaper. The story is that the fathers of the two got together and, as it would have been in Italy, arranged for their marriage. Of note is that, as a young girl, Mary’s mother had met the now St. Frances Cabrini at the fruit market one day.

Mary was one of nine children. In addition to her parents, her brothers Joseph and John, and her sister Josephine are deceased. She is survived by her sister Loretta Clark, and brothers, Philip, Michael, James and Edward, her CHM sisters and associates, and numerous friends.

Mary attended Catholic elementary schools and graduated from St. Mary’s High School in Iowa City. She always talked about working at the soda fountain at Pearson’s Drug Store where some of the CHMs studying at the university would come. She was “impressed by their humanness” and entered the Congregation of the Humility of Mary in September 1953. The following summer she received the habit and her religious name, Sister Mary St. Pius. She made vows in 1956 along with her surviving classmates Sisters Miriam Ehrhardt, Jeanette Kopel, Joann Kuebrich, and Cathleen Real.

Mary obtained an AA degree from Ottumwa Heights Junior College and a BA in education from Marycrest College in Davenport. She also took graduate courses at Arizona State and Marquette Universities. With her teaching credentials, she taught in Iowa, Montana and Arizona schools.

The Sisters of Humility responded to the second Vatican Council by enabling sisters to pursue ministries to which they felt called by the Holy Spirit. As a result, Mary began her ministry in health care at Iowa Lutheran Hospital in Des Moines in 1971. She obtained her RN from Mercy Hospital in 1975 and served on the staff there until 2000.

In addition to her regular hospital work, Mary helped some of her colleagues from Africa, Asia and Mexico learn English and tutored them in qualifying for certificates and degrees. When she was nominated for the “My Hero” feature in the Des Moines Register it was stated, “Those who know Mary call her ‘an unsung hero, going quietly about her work while touching many lives in a positive manner.’ She served as an educator…in hospitals, correctional facilities, churches, children’s camps.’ …At Mercy Medical Center she focused on diabetes nurse education, teaching and tutoring. … She helped nursing assistants get CNAs and CMAs at Bishop Drumm Retirement Center.” In fact when she moved to Bishop Drumm, she found it very difficult not to continue functioning as a nurse and educator.

Mary also had a clown ministry. The author of the “My Hero” feature said in the accompanying letter to the editor, “…she appears at many events….taught clown classes at Franklin Library, where she displayed a collection of ‘clown paraphernalia’”.

I was happy to host Sister Mary for a “Seeds of Hope” experience in Morgantown, WV. There she volunteered in our free clinic “Morgantown Health Right” for a week. It was in the spring and we went to a weekend Lenten retreat at Villa Maria, only a little more than two hours away. I remember the afternoon we spent in the Core Arboretum walking the trails down to the Monongahela River looking for, and finding, beautiful wild flowers. I overheard her later say, “I don’t think there was a wild flower that we missed!”

We missed Mary’s ability to fully communicate these last years, although she retained her eagerness to respond for some time. She took her time in leaving us, enabling her CHM sisters, family members and others to pray together in gratitude for her special life. One sister remarked that she had not seen Mary as peaceful as she was during that time.

We ask that Sister Mary Rocca help us as we enter into a new relationship with her in the communion of saints. May she and all the deceased Sisters of Humility and associates rest in peace. Amen.