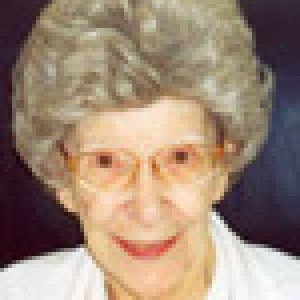 Clara Agnes Sofranko was the third of six children born to John and Veronica Durbala Sofranko. Since Veronica was the oldest child in her family and her mother had died young, Clara's mother and father and young family lived on the Durbala farm so that Veronica's brothers and sisters as well as her own young children could be cared for. Their aunts and uncles were more like brothers and sisters. Clara's sisters; Eleanora Sofranko, Thelma Murray, and Frances Lange are all deceased as well as her brother Raymond. Surviving is her brother Gerald, his wife Beverly, nieces and nephews.

Eventually the family settled in St. Peter's Parish in Lovilia. Clara attended public school and received her religious education from Catechism taught through the parish and her parents at home. Clara attended high school at Ottumwa Heights, Ottumwa, Iowa where later she received an AA degree from Ottumwa Heights College. On February 13, 1930 she entered the novitiate of the Sisters of Humility of Mary, received the name Maurine, and professed vows on August 16, 1932. Her further education included a Ph.B in mathematics from Marygrove College, Detroit, Michigan, and a MS in education from Creighton University, Omaha, Nebraska.

Sister was a woman of many talents not the least of which was gardener and horticulturalist. She often spoke of the miniature purple iris that she brought from her mother's garden. How appropriate for Sister Maurine to begin her new life in springtime as everything around us is coming to life. The chirping birds are a reminder of how vigilant she was in feeding them and how adamant she was in keeping the squirrels away even to the point of greasing the pole to the birdfeeder so the squirrels could not climb it.

As a math teacher there were all of those students who for the first time grasped a2 + b2 = c2. She continued tutoring math students even in her retirement.

After the fire at Ottumwa Heights, Sister was instrumental in making the transition from the old Heights to the airbase and back to the new Heights. Later she wrote a very poignant account of her experiences on the day of the fire and the early days at the airbase.

She then journeyed to Great Falls, Montana where she served as superior of the sisters and taught at Catholic Central High School. She later wrote a history of the Montana foundation.

When she returned from Montana to the Heights she and Sister Carla Takes began a craft partnership which included raising ivies and violets, making candles and banners, and starting a strawberry bed. Practicing frugality they checked Friday's paper to find the garage sales for the week end. They would then purchase the goods needed for their projects. Their ultimate goal for all of this was to raise money to build a greenhouse, but the impending sale of Ottumwa Heights dashed their plans.

Sister Maurine was then appointed archivist for the community, a position she held until 1987. During this time sister worked tirelessly to reconstruct the mission lists destroyed by the 1957 fire and to continue the work begun by Sister Mary Eulalia Warin. Sister Maurine and Sister Maria Trinitas Rand traveled to France to research the people and places connected to the founding of the community. Sister Joan Sheil and I found her an invaluable source of help when we began our work in the archives in 2000.

In addition to all of the archival work done for the CHM community she has provided her family with a significant amount of research on her family history as well. Her meticulous records and resources are an invaluable gift to her family for generations to come. Her joy in doing this work is reflected in a statement she made in the forward to the work when she said that it `was a rewarding experience crawling around the family tree, putting together the history, and contacting relatives with whom I had never corresponded.`