Footsteps in the Neighborhood 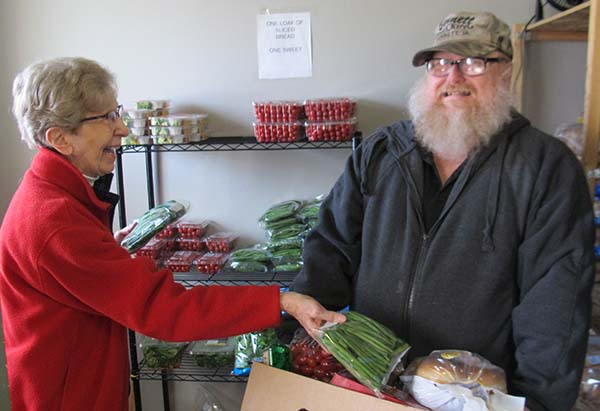 As members of the Congregation of the Humility of Mary (CHM) we are called to respond to the signs of the times. Helping people is what we do.

God called CHMs to a particular neighborhood in Davenport, Iowa, in the 1970s when many sisters were teachers or administrators at Holy Trinity Catholic School on West 6th Street. Some sisters were then inspired to live in the area and work with Project Renewal, which has served that neighborhood for more than 40 years. In the year 2000 the CHM community built a four unit apartment building as a residence for sisters, the idea being that our permanent presence in the neighborhood would continue to help lift it up. Through the years sisters and their associates have also ministered at Café on Vine - a soup kitchen, as well as Humility of Mary Shelter, Inc., where those without homes are offered assistance. 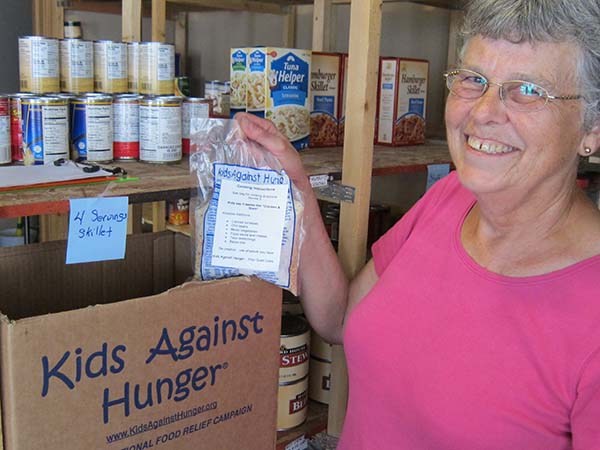 In 2001 Sister Marilyn Schierbrock moved into one of the apartments and became a neighborhood advocacy coordinator. She was all over the place working with youth volunteers from around the country whose mission was to improve urban neighborhoods or helping volunteers from John Deere during a United Way Day of Caring. You might have found her in the community garden or the food pantry, both of which she helped establish and where she taught the neighbors gardening and sharing. She was a watch dog calling the police and helping rid the neighborhood of gangs infiltrating from Chicago and a friend to neighbors who she would visit and share a meal. Marilyn would say, “It is a ministry of presence, an effort to stabilize a neighborhood once known for deadly violence. People didn't use to come out of their doors!"

The neighborhood said goodbye to Sr. Marilyn's constant presence in 2012 when she was sidelined with health issues. But still there are CHM sisters living in the apartments, the garden is producing and neighbors are opening their doors. What is now known as the Central City Community (CCC) Food Pantry continues to operate and provide food to those in need who reside from River Drive to 8th Street and from Division Street to Gaines.

Recently it came to my attention there was an immediate need for a volunteer at the CCC Food Pantry. I didn't hesitate to answer that call because it was an opportunity to fulfill a personal desire to be with people who need support in their lives. In addition, I felt the pull to continue in the footsteps of Marilyn. In so doing I, along with other members of the CHM community, are assuring that the legacy of our congregation lives on in the neighborhood. God called us into this ministry of presence and it is where we belong.