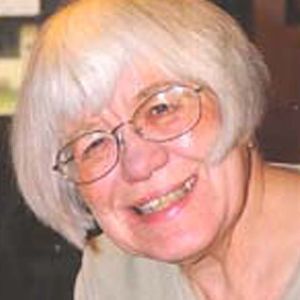 Sr. Johnelle Howanach was born in 1934 in Great Falls, Montana, and entered the Congregation of the Humility of Mary in 1956. Her first vows were pronounced in 1958.

Sr. Johnelle received a bachelor’s degree in music from Marycrest College in Davenport, Iowa, studied music and choral instrumental at Gonzaga University in Spokane, Washington, was certified to teach liturgical music at Notre Dame University in South Bend, Indiana and studied theology at College of St. Scholastica in Duluth, Minnesota and Moraga in Oakland, California.

Her ministry in music education took her to St. Austin in Minneapolis, Minnesota, Lourdes Memorial School in Betttendorf, Iowa, and St. Mary in Great Falls, Montana. She also taught religious education in various parishes in Chinook and Glendive Montana.  From 1974 – 1984 she cared for her parents in Belt, Montana.

After her parents passed away, Sr. Johnelle provided foster care for a five-year-old Native American girl, Melissa, who was one of the first children to be diagnosed with fetal alcohol syndrome in Montana. Sr. Johnelle’s proudest moment came years later, when the girl who wasn’t supposed to be able to learn received her high school diploma. Since then Sr. Johnelle helped Melissa start her own company (www.lissiesluvyums.com) making gourmet dog biscuits with some of the proceeds funding lectures they present on Fetal Alcohol Syndrome (FAS). Of special significance was the Plenary Presentation at the Third Annual Illinois Statewide Transition Conference in 2007 and  participation in the Native American Tribal Leaders Conference in Milwaukee, Wisconsin in 2011.

From 1994 -2002 she was director of Citizen’s Advocacy in Great Falls. Since 2002 she has ministered in Great Falls as a self-employed job support specialist and an educator and speaker on FAS/FAE. In 2007 Sr. Johnelle received the Advocacy Award from the Montana Advocacy Program, Montana Council on Developmental Disabilities and University of Montana Rural Institute for furthering the rights and dignities of individuals with disabilities through educating and marketing a successful Montana business model. Sr. Johnelle has received a distinguished service award from the Great Falls YWCA for dedicating her life to serving as an advocate for developmentally disabled and underprivileged people.  Since 2013 Sister Johnelle has been active in supporting efforts to improve the legal system especially those wrongly incarcerated.