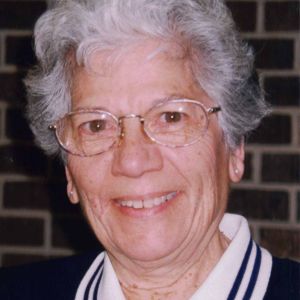 In Search and Service we read:

"--through their trust in God, commitment to justice and love, patience and courage in the face of each day, and joy in the midst of constantly changing demands, the sisters give witness that God is in the world calling all people to loving unity…" (#17, p. 14)

Sister Joanne especially revealed the “joy” of her commitment as she had a wonderful laugh and playful smile that, to some, looked like she might be hiding something. We might attribute that to her Italian upbringing by immigrant parents. But let’s go back a bit.

Shortly after Maria Branchetti and Loreto DiIulio were married in Italy, they set sail for America and settled in East Moline, Illinois. Joanne Angeline was born on March 3, 1926 in Silvis, Illinois. Her brother Domenico was born one year later. They remained very close until his death in November of 2011. But she was fortunate because he left behind wife, Joan, and five sons, and their children and grandchildren.

Joanne attended St. Anne’s grade school in East Moline where she won the American Legion Award in eighth grade. In her file is the diploma she received with a gold seal on it, as bright as it was on June 9, 1940. She graduated from St. Joseph High School in Rock Island in 1944; her file includes the invitation to that event. To get to school she rode the street cars from home, across Moline and into Rock Island. Following high school she enrolled at Marycrest College, this time riding the bus across the river to Davenport. It was there that she met the Sisters of the Humility of Mary. She received her BA degree in Social Science from Marycrest College in 1948. 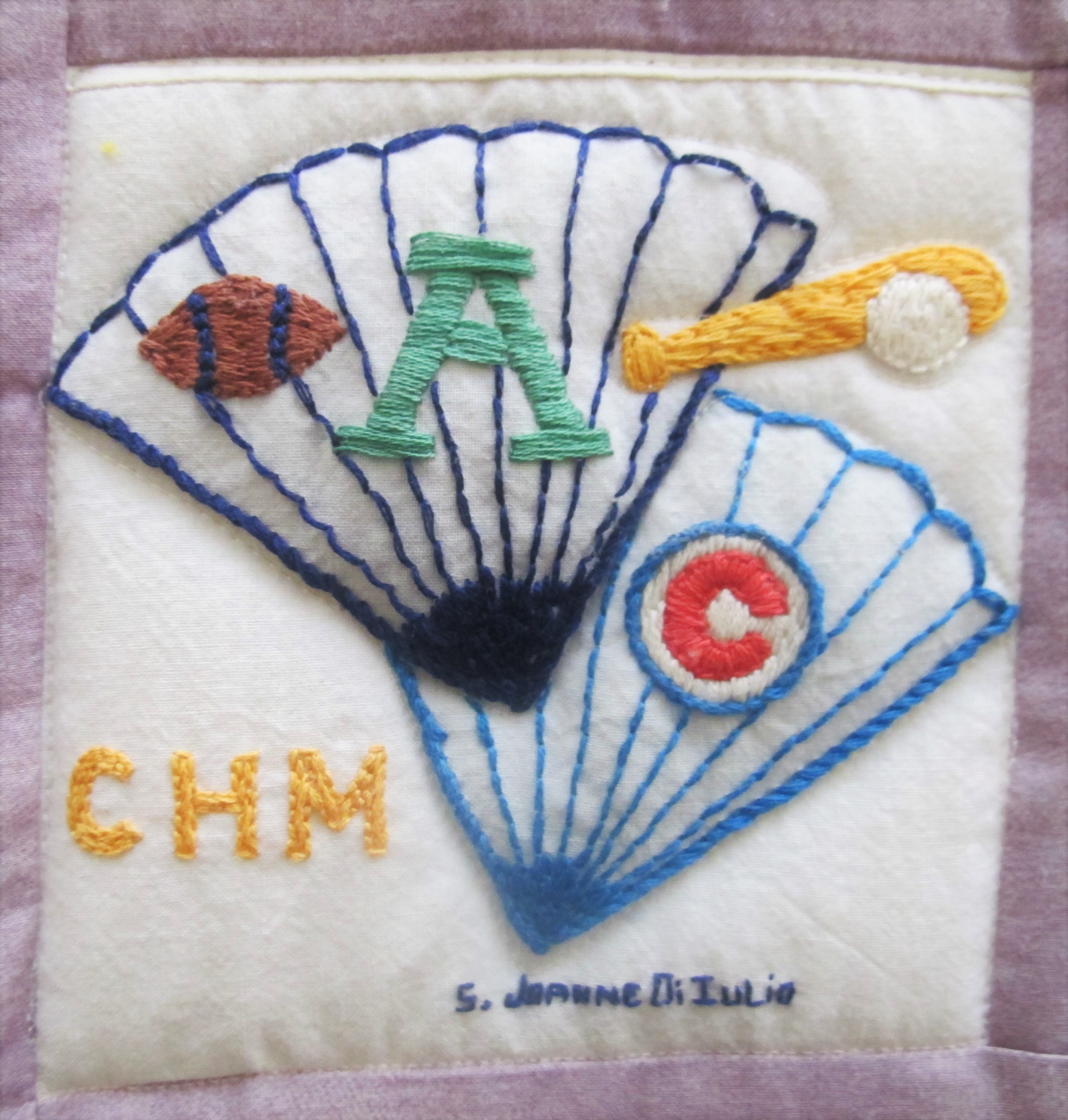 In January of 1949 Joanne entered the Congregation of the Humility of Mary in Ottumwa, Iowa. That summer she received the habit and her name in religion, Sister Loretta Marie, that reflected the names of both parents. She made vows in 1951. She and classmates Sisters Marilyn Kraus, Karen Macksey, Joan Marie Schuster and Marian Smith celebrated 70 years in religious life this past summer. Following Vatican II, Sr. Loretta Marie returned to her baptismal name, Joanne.

Sister Joanne began her teaching career as a novice, teaching at Ottumwa Heights Academy. After profession she began her forty-five years in secondary education at St. Joseph in Dunlap, Walsh in Ottumwa, and Aquinas in Fort Madison, all in Iowa; at Catholic Central in Great Falls, Montana; and at Alleman High School in Rock Island, Illinois. At Alleman she taught Spanish. She had received a Master’s degree in Spanish from St. Louis University in 1969. “English and History” are also listed as areas of study there.

During her twenty-five years at Alleman she saw five nephews graduate and participate in athletics. She was an avid sports fan and was in the stands at many events. Her quilt block illustrates her self-description as a “die-hard fan” of the Chicago Cubs whom she “discovered” in 1945.  Even while at Bishop Drumm she went to sport events with Srs. Sue Sellers and Jude Fitzpatrick.

After her father died in 1969, Sr. Joanne moved in with her mother in East Moline and remained with her until she died in 1990. She then moved to Rock Island and became very active in weekly Eucharistic adoration at St. Pius X parish in Rock Island. In 2005 she moved to Humility of Mary Center in Davenport where she frequently had family visitors, especially a grandnephew who had a special needs child. She also attended many family events. She was a lector at Mass and never, ever forgot to pray for her great-grandnephew and all children with special needs and their caregivers. At Christmas time she set up an elaborate display in the East Wing of an Italian village with a crib scene, buildings, figures and touches of nature that residents and visitors appreciated.

Sr. Joanne had accompanied students on class trips to Spain and Mexico. She also visited the ancestral home in Italy and toured Rome. She was a chaperone with Illinois youth who attended the International Youth Congress with Pope, now St., John Paul II, in Denver in 1993.

During this month Sister made her last journey, one for which she had prepared like no other, dying on the feast of the Immaculate Conception. It was easier than the streetcar and her destination more wonderful than any place on earth. Hasta la vista Hermana.

Sr. Joanne Di Iulio was born in Silvis, and entered the Congregation of the Humility of Mary in 1948. Her first vows were pronounced in 1951.