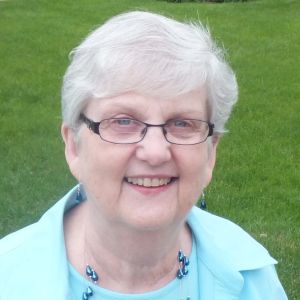 Sr. Mary Bea Snyder was elected to the CHM Leadership Team serving the years 2022-2026. She entered the Sisters of Humility in 1964 and ministered in education in Iowa, Illinois and Colorado. In Colorado Springs she was director of the Marian House for Homeless Women, where she helped supervise the soup kitchen, she also was a living skills coordinator at The Independent Center for people with disabilities, and finally helped in the supervision of the Bijou House, a hospitality house for homeless men and women. While at the Bijou House she also served as a jail chaplain. In Davenport, Sr. Mary Bea was a service coordinator at John Lewis Community Services and center director at Humility of Mary Center where she also served as coordinator of sisters’ services. Sr. Mary Bea currently is a member of the Diocese of Davenport Social Action Board and the Iowa Bishops Conference for Catholic Social Teaching.

Sr. Mary Bea Snyder was born in 1945 in Davenport, Iowa, and entered the Congregation of the Humility of Mary in 1964. Her first vows were pronounced in 1967.

Sr. Mary Bea received an AA in secretarial studies from Ottumwa Heights College in Ottumwa, IA, and a B.A. in elementary education from Marycrest College in Davenport, IA.