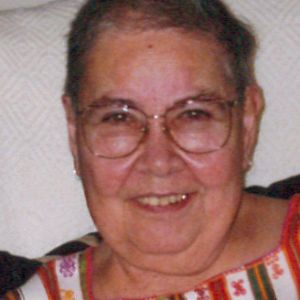 Welcome to Humility of Mary Center. We come tonight to celebrate the life of Sister Ana María. We welcome Sister’s sister, Sister Luz María, sisters, associates and friends. Sister assumed many roles: daughter, student, teacher, missionary and witch doctor. It is the latter role for which I am certain she would wish to be remembered.

Ana María was born on October 25, 1926 to Isidor and Rosario Orozco in Mexico City, Mexico. Ana María was the oldest of five children, Frank (deceased), Teresita, Luz Maria, and Lolita. After finishing grade school and high school Ana María attended the National University of Mexico where she studied medicine, following in her mother’s footsteps. Her brother, who was attending ‘St. Ambrose at the time reported back to his parents that there was a “suitable” girls school nearby, Marycrest, and that Mother Mary Geraldine would be happy to welcome the Orozco family girls as students.They each came and graduated.

Sister Ana María soon learned the Sisters of Humility were not in need of a missionary, but rather a Spanish teacher at Marycrest College, thus beginning her first ministry. It was here that I first met Sister trying to teach me second year Spanish. I know I did learn some Spanish as we translated Don Quixote and thoroughly enjoyed Sister’s portrayal of the antics of Sancho Panza.

After Vatican II, Pope Paul VI called for each religious community to send a certain percentage of its membership to work in Latin America. The CHM community was answering the call for renewal under its new President, Bernardine Pieper, a close friend of Sister Ana María from Marycrest days. Sister Bernardine and Ana María went on a fact finding trip to explore possibilities for a Humility presence in Mexico, Guatemala, Ecuador or Peru. While in Mexico their trip hit a bump in the road. Due to a political uprising they were not able to proceed to Guatemala. Taking advantage of this situation Bishop Ruiz took the Sisters up the mountain to San Andres and climbed the bell tower of the church to have a good view of the village. Sister noted that Sister Bernadine looked very pale and realized that her superior was suffering from culture shock. Sister Bernardine made the observation that the Humilities had neither the resources or personnel to staff missions in the various countries. Therefore, they decided that the right site was San Andres village in the state of Chiapas.Thus, Sister Ana María's dream came true. She felt San Andres was the right fit and never looked back.

In October of 1968 Sister Ana María began her 36-year ministry in San Andres, Chiapas, Mexico.The CHM community, her family and friends were kept apprised of her activities through a publication “Latin American Letters.” These included news of how the mission was progressing, information of how critical their needs were and always humorous anecdotes of her trials and tribulations with the Indian culture.

In 2004 Sister Ana Maria returned to the U.S. and retired at Humility of Mary Center. Knowing that idle hands are the devil’s workshop, she used her hands and hundreds of skeins of yarn to knit hats and lap warmers for sisters, HMHI and HMSI.

Among many honors accorded to Sister Ana María including an honorary doctorate of humane letters from her alma mater Teikyo Marycrest University, is one which was given at the Language Institute in Vermont.Thus follows a paraphrase “… a delicate thoughtfulness, selflessness toward others, sensibility of mind and generosity of heart—all of these are precious virtues we all admire in another. But when these qualities are coupled with a gay buoyant spirit of fun, the result is a uniqueness which is difficult to emulate.”