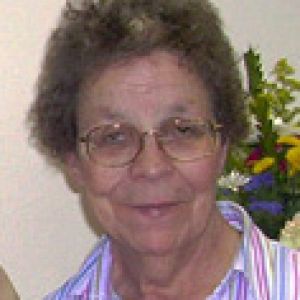 Sister Darlene graduated from St. Paul High School, Defiance, Iowa. She was acquainted with the Sisters of Humility as Sisters Mary Agnes and Mary Aloysius Hannan were her great aunts.Their brother, Jesuit Father James Hannan, had built the grottos on the Ottumwa Heights property.

She entered the Congregation of the Humility of Mary in Ottumwa on September 8, 1956. In 1957 she received the habit and her name in religion, Sister Miriam Joseph. Surviving classmates are Sisters Jeanie Hagedorn, Ramona Kaalberg, Irene Muñoz, Maria Luisa Muñoz, and Delphine Vasquez. The class is celebrating 60 years as Humility sisters this year.

She took courses at Ottumwa Heights College and received an AA degree. She also studied at Marycrest College during summer sessions and received a teaching certificate. Following her profession of vows in 1959 she began her ministry of teaching at St. Pius X, Urbandale; Sacred Heart, West Des Moines; and St. Mary, Oskaloosa; all in Iowa. She was a teacher aide and cook at St. Pius X, Rock Island, IL from 1967 to 1970.

Sister Darlene’s brother, Clarence, was a brother-in-law of our deceased Sister Marilyn Brinker so that was another family-related connection. When Sister Marilyn was principal at St. Pius X in Urbandale, IA, she invited Sister Darlene to come there and work as a teacher aide. She continued that work with Sisters Marilyn and Dorothy Chevalier at St. Patrick, Missouri Valley, IA and St. Edward, Houston, TX. During this period they enjoyed travelling together. One trip was to the 1976 Eucharistic Congress in Philadelphia during the bicentennial year. They travelled to Niagara Falls and into Canada as well at that time.

Health issues eventually led to her return to Iowa for a new phase of her life. In 1983 Sister Darlene joined the staff at the new Humility of Mary Center in Davenport, Iowa, and served as a cook and pastry cook there until her retirement in 2010. She had previously assisted with food service at Ottumwa Heights College and the Motherhouse in Ottumwa, IA. At the time of her 50th jubilee as a Sister of Humility in 2006, she reported she had spent 26 years as a teacher’s aide and 26 years as a cook. Her block in the quilt completed for the year 2000 contained food items – a piece of pie, bread, milk, and pieces of meat and of fruit. It is easily seen in the quilt at the bottom of the stairs into the dining room at the Center. She was known especially for her breakfast specialties: cinnamon rolls and sweet breads.

During some of the time she ministered at the Center, she rented an apartment in the Glen Armil neighborhood and developed close relationships with her landlords. She had no trouble getting to places as she often walked to her destinations. She was a regular user of public transportation, too, and, no doubt, became familiar to bus drivers on her route.

She had traveled with her sister, Sister Madonna, to Canada and happened to be there when the 9/11 attacks took place. Because the international borders were closed down, they experienced difficulty getting back home as did many others at that time.

In addition to her baking skills, Sister Darlene was a fine seamstress and produced needle-work pieces and other crafts for the holiday sales that were annual events at the Center for years.

Sister Darlene moved into Humility of Mary Center in 2010 and retired from her baking ministry a short time later. She moved to Bishop Drumm Retirement Center in 2014

Let us imagine Sister Darlene now in heaven, baking bread to serve her beloved family, her CHM sisters and associates, and her caring friends when we join her there.